You probably use (or plan to use) a dongle or adaptor with your M1 MacBook. There have been reports recently that some of these USB-C adaptors have been killing M1 MacBooks. In this article we’re going to be investigating this issue and telling you if you need to be worried or not.

A quick rundown on USB-C

USB-C is a very versatile port – functional in 2 orientations (no more trying to insert your USB-A devices in the wrong way), while also having the potential for increased bandwidth, courtesy of the higher number of contacts in the port.

USB-C can also be extended through systems such as PCI-E (which is a protocol designed to communicate with devices such as GPUs, network cards, SSDs, etc.) to create “Thunderbolt” ports.

These are more versatile than USB-C, and at least two ports have featured in every MacBook since 2018 (with the first being found in the 2015 12-inch Retina MacBook). This allowed Apple to simplify the design, while still allowing all the connectivity of older MacBooks – but with one major caveat: adapters.

These adapters are a necessary evil. They add additional connectivity to the existing USB-C ports – like HDMI ports, gigabit ethernet (via a gigabit ethernet port), and even standard USB-A ports.

USB-C, like any other port relies on a protocol. This can be thought of like a language that is needed to communicate with the CPU, for the device to do its job.

This protocol must be supported by the OS (in this case MacOS) for any devices that are connected to function properly. Due to the amount that USB-C can be extended (from charging your computer, to providing a display output for two 4K monitors), there is a special “packet” which is sent to the computer to tell what the devices connected to the hub are able to do.

This is where the importance of a quality USB-C hub is important, as more affordable (i.e. cheap) docks often are not as reliable at pushing this packet. This is most dangerous when dealing with anything that draws power.

For a more in-depth look at USB-C, check out why Apple switched to USB-C on MacBooks.

What is the actual issue?

MacOS first sends out a packet to the charger, which aims to tell what wattage the charger is (i.e. 40W, 60W, 80W, 100W, etc.), so macOS’ built-in power management system can monitor and manage the charging to help reduce battery wear.

When a USB-C power pass-through is used (i.e. a power adapter is plugged into an hub, which is then plugged into a MacBook), this packet may not match the specification of the charger, and overdraw power (e.g. a 60W charger is rated as an 80W charger, and therefore is out of specification). This causes a lot of stress to the adapter, and the charger.

There have been reports of this overload causing the adapter to eventually fail, and potentially short the circuit boards present inside the MacBook.

This eventually also causes consistent kernel failures, as MacOS essentially overloads all the components. This can cause vital components such as your CPU or SSD to fail, therefore “bricking” your machine.

These replacements are expensive, especially considering Apple’s inflated repair costs, and if you didn’t have a recent backup, you can say goodbye to any important documents or data that was on your MacBook.

A similar issue can be found with devices that draw power from the MacBook itself, such as USB devices and displays.

As the hub is not able to display the proper power draw needed, MacOS tries to supply too much power to the hub, which runs a significant risk of damaging the USB-C port, the hub and the device that is receiving the power.

This can be a large problem with devices such as an expensive 4K monitor as you have the potential to lose thousands of dollars worth of devices. If power is going both in the hub via a charger, and out to other devices for a long time, it may cause the hub to overheat, which has the potential to damage the MacBook and the port it is connected to.

What can you do to avoid this?

To prevent this happening to your MacBook, there are 2 different approaches that you can take.

The first is simple, that being to get a better hub. I would recommend anything that Apple sells themselves (or any other brands that can be found on their store). If you’re on a budget but still want a relatively high-quality hub, check out the Anker 8-in-1 hub which we’ve reviewed previously.

By using a high-quality USB-C hub, you’re able to guarantee that this packet exchange is going to be as reliable as possible, while also being able to claim any potential damage on warranty (depending on the hub and manufacturer).

Alternatively, consider a proper M1 Mac docking station, like the CalDigit TS4. I use this in addition to my MacBook Air dongle and it works great.

The second, and more straightforward way to prevent this issue from affecting you is to simply plug your charger directly into the computer.

This allows for the MacBook to not go through the middleman of the hub and is a lot more reliable. However, you should be sure to either use the adapter that came with the MacBook, or one from a reputable manufacturer such as Dell.

With the release of the latest macOS Big Sur updates, it is confirmed that there have been revisions on the system where MacOS receives these packets. Although Big Sur has seen a few issues with newer updates, I would highly recommend updating as soon as possible to avoid any potential damage to your MacBook, and follow the above suggestions. 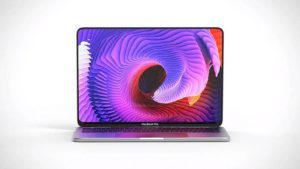