The CalDigit TS4 Thunderbolt 4 Dock is an impressive desktop accessory with a tonne of premium features, if you can afford it of course. The CalDigit TS4 Thunderbolt 4 dock is a premium desktop accessory with a wide range of features, port connectivity, and external display support. In fact, I’d even go as far as saying it’s the best thunderbolt dock you can buy right now, despite the lofty price tag.

Why You Need A Thunderbolt Dock

I spend over 8 hours every single day sitting at a desk. I also use a laptop, and depending on the laptop – ports and connectivity start to become a big issue.

Take the M1 MacBook Air for example, it only has two ports, and they both use a USB-C connection, meaning if I want to attach anything other than USB-C, I need some kind of adaptor or dongle.

This becomes an issue when you need multiple devices connected to your laptop – such as external drives, external monitors, ethernet adapter, NAS devices, or an SD card reader. A thunderbolt dock will give you access to all of these things at the same time with just one cable from your laptop to the dock.

You’ll want a good quality dock too, because I have heard rumors of some cheap docks actually frying the laptops connected to them!

So, let’s check out the CalDigit TS4 in more detail, and see if it lives up to the hype.

Taking the TS4 out of the box, you’ll get the following:

The 230 watt power supply is a bit bigger than I expected – about the same size as a standard Windows laptop charger. However, this dock is able to output 98 watts of power delivery to the laptop host device – enough for larger-screen laptops that need a lot of juice. I’m ok with a chunkier power supply for this reason.

That being said, if you have a powerful Windows laptop with an RTX GPU for example, USB-C charging won’t be able to provide enough charging capability. You will still need to use the charger it came with.

The overall form factor is surprisingly small and compact. The metal chassis is quite hefty and sturdy, and it has rubber on one side so you can stand it upright. Additionally, you can install those two rubber strips if you want to use it sitting flat on your desk.

I found that these strips didn’t work that well however – the dock still sometimes slides when plugging in cables from the front, and I needed to hold it in place.

I also think it’s one of the better looking docks out there, with a pretty minimal and spartan metal design, compared to some of the chunkier and more corporate-y looking docks from other companies.

The CalDigit TS4 has pretty much all the ports you could ever need. On the front, there’s a UHS-II SD and microSD card slot (yes, you can use both at the same time), combo audio jack, two 10Gb/s USB-C ports, one of which provides 20 watts of power output which is great for charging a phone, and a 10Gb/s USB-A 3.2 Gen 2 port providing 7.5 watts of power output.

I found this was pretty much all the front connectivity I needed, although I would have liked additional USB-A ports. I use Apple’s MagSafe wireless charger and it takes up the only available USB-A port whenever I need to charge my iPhone.

Also, with the release of the new 14″ and 16” MacBook Pros, the SD card slot will be redundant for some people.

There’s also a white status light at the front to indicate if the dock has power or not.

Moving to the back, you’ll find additional connectivity. Starting with the host port, which is where you connect your computer to the dock. This is at the back, which is good. Some docks have it on the front for some strange reason, which results in a cable constantly strewn across your desk.

I edit 4K footage from my NAS, so 10 gigabit is preferable, which this dock doesn’t natively support unless you use a 10 gigabit to Thunderbolt adaptor. But, if CalDigit had added 10 gigabit, I think it would have pushed the price on this dock, which is already expensive, to a point where it wouldn’t make financial sense to most people.

Moving on to Thunderbolt ports, you get two dedicated downstream Thunderbolt 4 or USB4 ports with 15 watts of power output.

Unfortunately, these are only located on the back, meaning you have no easily accessible Thunderbolt options on the front to quickly and easily plug in external drives for example.

Regarding external drive speeds, for certain high-performance drives you’ll get slightly worse performance through the dock, compared to directly attached to your Mac, but I’ve never personally found this to be a big issue, and it’s a problem with the controller on some individual drives, and not the TS4.

For monitor compatibility, CalDigit went with a DisplayPort 1.4 port rather than HDMI. Why is that? Well, I find that an increasing amount of people are switching to high refresh rate, high resolution monitors, for example the 4K 144Hz Eve spectrum, and DisplayPort is able to provide enough bandwidth for the image signal. As long as you’re using the right cable of course.

I hooked up my M1 Max MacBook Pro, 4K 144Hz gaming monitor, and my gaming PC to my CalDigit TS4 dock and was able to switch between a Mac-based productivity setup and a PC-based gaming setup with ease.

However, if you want to connect a HDMI monitor you can either connect an Active DisplayPort to HDMI Adapter, or use a USB-C to HDMI Adapter. Either option is relatively inexpensive.

If you do want to use dual monitors, the only workaround to this is if you purchase a dock with DisplayLink technology, which this TS4 dock does not have.

This is not an issue for almost every other laptop – you will be able to support dual displays via a combination of DisplayPort and USB-C/Thunderbolt.

CalDigit TS3 Plus vs TS4

As you might know, there is a previous version of this dock, and that is the CalDigit TS3 Plus Thunderbolt 3 dock. There are several differences between the TS3 and the TS4.

The TS4 also has 18 ports vs 15 on the TS3. Notably, the front port selection is better, and faster with them all being 10 gigabit vs 5 gigabit on the TS3, and the TS4 provides more power delivery for device charging like your phone for example with a 20w output vs just 7.5w on the TS3.

Moving to the back you of course get 2.5 gigabit ethernet vs 1 gigabit on the TS3.

The built-in DisplayPort on the TS4 is DisplayPort 1.4 vs 1.2 on the TS3. This is important depending on what monitor you’re currently using.

You’ll also get an additional thunderbolt port on the TS4 which in my opinion is the most welcome upgrade.

Still deciding what kind of Thunderbolt dock you need? What’s the difference between Thunderbolt 3 and Thunderbolt 4? Well, not much.

The throughput, or speed is the same at 40GB/s. Thunderbolt 4 is essentially a more strict version of Thunderbolt 3 to ensure that anything you see with Thunderbolt 4 branding has certain guaranteed capabilities, like minimum video output requirements, or PC wake from sleep capability.

It was introduced to remove confusion among the different Thunderbolt-capable Windows PC manufacturers.

That being said, Thunderbolt 4 is of course the most up to date version of thunderbolt and will be relevant for many years to come, so if you’re someone who likes to future-proof, I’d recommend getting the CalDigit TS4 over the TS3 whenever possible. The only exception is if you can get the TS3 for an insanely good price.

I distinctly remember buying my original CalDigit dock, the TS3+ from the Apple store a few years ago and cringing at the price.

I think most people will do the same with the TS4. At around $300-$400 USD (depending on location and sales) I think it’s too expensive for most people, especially because in my opinion, a dock is the least most important part of your setup.

My philosophy is – in order of importance – desk and chair first (otherwise in 10 years your back is going to be busted), then monitor and keyboard plus mouse.

I spend the majority of my budget on these things because I’m physically sitting in them, staring at them, or touching them the entire time I’m at my desk.

Anything else, like a dock, just aren’t really things that most people want to spend a lot of money on.

But, at the end of the day, you get what you pay for. I’m at my desk for sometimes 10 hours a day. I have a tonne of stuff that needs to be plugged in. I also don’t intend on buying a new dock for at least 5 years, possibly even 10 as long as the tech doesn’t change too drastically.

And when you look at some other Thunderbolt 4 docks out there, the price of the TS4 actually starts to look a little less eye-watering. Many of them have big compromises, like way fewer ports, or the host port is at the front resulting in a thunderbolt cable strewn across your desk 24/7. Or they’re just as expensive as the TS4 but again, compromise in a lot of areas.

After 6 months of daily use, the experience has been pretty positive. Very occasionally I might run into an issue where my laptop won’t connect to the monitor, or the dock won’t respond.

But I can count the number of times this has happened on one hand, and it’s fixed in about 10 seconds by simply unplugging the power from the back and plugging it back in.

Overall, there’s a reason why this dock constantly pops up in reviews, or online forums, and the previous version was even sold by Apple themselves on the Apple website. It’s a good dock, even if you have to sell a kidney to afford it.

Will Intel-based Macs work with the TS4?

Yes, they will work without issue as long as they support Thunderbolt.

Is the CalDigit TS4 a good docking station for Windows users?

The TS4 is fully compatible with Windows computers, as long as they have USB-C connectivity.

How many USB-C ports does the CalDigit TS4 have?

There are 6 USB-C ports, however only two of them are Thunderbolt. One is for attaching your host device laptop, and the remaining three are USB-C 3.2 Gen2.

Yes! If your PC supports external monitors, you can connect monitors via the Displayport connector or via one of the downstream Thunderbolt ports or USB-C ports on the back. The exception to this is if you are using a 13″ M1 or M2 MacBook, which only support a single monitor.

How much power delivery will I need for my host computer?

You can find out how much power delivery your laptop requires from the manufacturer’s website. The CalDigit TS4 supports up to 98 watts of power delivery. 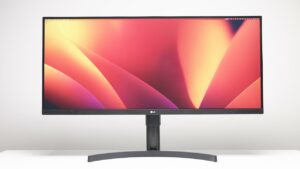 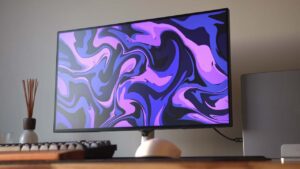 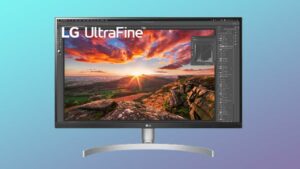 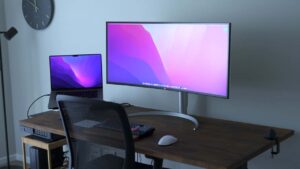