Mac gaming is an interesting topic to cover, with both Appleâ€™s hardware and their software being notoriously bad for gaming. Youâ€™ve probably seen the memes, and youâ€™ve heard of people who claim that itâ€™s next to impossible to game on a Mac, but the truth is, many of those people have yet to give you a valid reason for that.

A Bit of History

If thereâ€™s one thing that we need to kick things off with, itâ€™s the fact that Appleâ€™s devices werenâ€™t always this bad for gaming. In fact, they were the platform of choice for gamers back in the 80s (weâ€™re talking about Macintosh devices used back then).

But then again, that wasnâ€™t because of Apple. Instead, it was because of a community of developers that decide that the computer, as a device, is an excellent home entertainment platform. It is exactly this kind of situation that leads to things we today take for granted, such as the mouse input (which, by the way, originated on Mac).

The competition wasnâ€™t too fierce back then â€“ it was DOS that was the main competitor. But Macintosh computers had better display devices, had more powerful and more advanced graphics hardware, and these things gave developers a lot more freedom when they wanted to create more engaging and interactive games for Mac than for DOS.

This was the era of Spectre, a tank game that utilized AppleTalk networking for multiplayer, as well as Myst and Marathon. Microsoft acquired the developers of Marathon and then proceeded to create the Halo franchise, which is a bit of a similar concept and one of the most popular games of all time.

But in 1983, things changed, when John Scully was appointed as the new CEO. Rather than the Macintosh being a platform that was meant to be accessible to everyone, Scully wanted to focus a bit more on the business community.

Apple then did a few questionable moves, such as asking game developers to pay extra for ads when compared to regular companies or threatening to pull ads if they didnâ€™t reduce the game coverage.

To add to this, there were plenty of office employees that wanted Macs, only to have their boss deny the request because they thought theyâ€™d be playing games while they should be working. It was Appleâ€™s (and John Scullyâ€™s) opinion that gaming made the Macintosh brand image cheap in the eyes of larger businesses and enterprises.

Consequently, from that point, the Macintosh models released were marketed towards the enterprise market, while the older and less powerful models remained the â€œmainstream, home-orientedâ€ part of the lineup. The top-end models were reserved for professional workloads. And if you think about it, things arenâ€™t too different nowadays.

If you take a look at the market share of Windows devices versus macOS, youâ€™ll find that Windows has almost 80%, whereas macOS has a tad less than 10%. To say that this is a staggering difference would be a massive understatement, but a true one nonetheless.

With that in mind, when a developer needs to create a game for computer gaming, itâ€™s an easy call as to which operating system theyâ€™ll want that game to run on, primarily. Itâ€™s not that macOS doesnâ€™t support games, but rather that games donâ€™t support macOS.

And even if developers were to change this and start implementing support for macOS, it would still take a couple of years until games supporting macOS become a widespread thing. To add to this, the software side is only one part of the puzzle â€“ hardware is an issue for Mac gaming, too.

Macs Are Not Made For Gaming

The other big part is the hardware â€“ Appleâ€™s focus with pretty much all of their devices is definitely not gaming. This is pretty obvious, but just to put things into perspective, here are a few examples.

While there are some rather competent gaming laptops nowadays, theyâ€™re usually thick, heavy, and overall clunky. Thatâ€™s not too much of a surprise â€“ powerful components for gaming require hefty cooling solutions, and shoving them in a slim chassis usually results in thermal throttling and overall bad performance.

Apple aims to make MacBooks as thin and light as possible, and that does impose certain restrictions on how far you can go with powerful hardware. A prime example is the Intel Core i9 scandal when Apple tried to push an extremely powerful processor in a slim chassis.

The result? Thermal throttling issues all around and a forced firmware update to put things under control again.

Moving on to the desktop scene, weâ€™ve got Appleâ€™s Mac Pro. Itâ€™s an absolute powerhouse (and an expensive one at that), but itâ€™s still just â€œmehâ€ for Mac gaming. When it comes to the CPU options, even the base model, which is an 8-core Intel Xeon W CPU, is more than capable of modern gaming.

RAM is, of course, not an issue, especially when you factor in that Apple allows you to spec it with up to 1.5TB of RAM. Itâ€™s the graphics card that makes things difficult.

Of course, it should be noted that the Radeon Pro is a GPU thatâ€™s primarily made for GPU-intense workloads such as 3D rendering, whereas the RTX 2060 is a gaming GPU. But that price difference is, quite frankly, insane. Not only is the Mac Pro overpriced as a Mac gaming machine, but itâ€™s also not even good at gaming!

What ties hardware and software together is Appleâ€™s optimization, and thatâ€™s something that has always been a strong point for Apple â€“ they could make even mediocre hardware run their operating systems impeccably well.

But all of those optimizations have always been oriented towards day-to-day users with devices like the MacBook Air, or professional workloads in the case of the MacBook Pro and Mac Pro. Mac gaming, as a category, has never been a part of it. And quite frankly, we canâ€™t see this changing anytime soon.

This is also why even the games that do work on macOS, will run a lot better on a budget Windows PC than on a Mac â€“ Appleâ€™s software optimization puts gamers at the back of the priority queue, which means games arenâ€™t able to tap into the hardwareâ€™s full potential.

There are little to no upgrades with Mac gaming systems

This is arguably one of the most major problems when it comes to Mac gaming and the builds you have available â€“ upgradeability is very, very minimal. Well, this does depend, to an extent, on the specific deviceÂ youâ€™re going for, so letâ€™s take a look.

With laptops, you get zero upgrades. No, for real, you canâ€™t even swap out the SSD or add more RAM on modern MacBooks. True, laptops have never been a category to upgrade, but most modern gaming laptops will allow you to add more RAM or change the SSD for a larger one (or even add a second one).

Apple has notoriously decided to solder the components on their MacBooks, which means changing them for more powerful ones is a no-no.

The same goes for the Mac Mini, which is a compact machine with zero upgrade options. Similar to Appleâ€™s laptops, you canâ€™t upgrade the storage or RAM.

What we do need to mention, though, is that both the Mac Mini and the MacBooks all come with Thunderbolt ports, which makes adding something like an external graphics card box a possibility.

This should give you a significant boost when it comes to framerates when compared to the GPUs you get with the devices themselves, but in that case, the Thunderbolt interface becomes a limit. Â

With the Mac Pro, which is the most expensive of the bunch, you do get some upgradeability. We are, of course, talking about the new Mac Pro. While the old â€œtrashcanâ€ Mac Pro did have an easy way to remove and upgrade the GPU(s), there were little to no options when it came to compatible GPUs.

With the new one, however, even Apple offers a couple of options, aptly named modules, which come with more powerful GPUs. The thing is, the GPUs are the same options that are available when youâ€™re configuring the Mac Pro on Appleâ€™s website, and theyâ€™re not exactly cheap.

But hereâ€™s the kicker â€“ you can use GPUs from AMD and Nvidia, just not in macOS. Youâ€™ll need to install Windows via Boot Camp, and unfortunately, you probably wonâ€™t get the GPUâ€™s full performance, which again, makes Mac gaming a not-so-great idea.

Steam and the Epic Games store are the two largest online game stores at the moment, but even they donâ€™t seem to be pushing developers too hard to implement macOS support and make Mac gaming a thing again.

And if you look at Steamâ€™s hardware and software survey, itâ€™s not that difficult to see why. As of June 2021, 96.57% of the users run some version of Windows. macOS trails behind with only 2.54%, so itâ€™s easy to see that Steam isnâ€™t really benefiting too much from macOS users.

Itâ€™s safe to say that a similar situation is happening in Epic Gamesâ€™ store, which doesnâ€™t really give them a reason to push for Mac gaming either.

Is M1 going to bring back Mac gaming?

When Apple initially released the M1 devices, we saw some incredible power numbers, which does pose the question â€“ is Mac gaming a possibility with the M1 chips?

The answer, at least so far, seems to be yes, especially with Apple releasing Rosetta 2, which aims to bridge the gap between apps optimized for Intel processors and Appleâ€™s own silicon.

The emulator works rather well, and most of the games that used to run on Intel-powered chips can now run with minimal setbacks on M1 silicon.

To add to this, the fact that Apple is able to extract so much power from M1 chips with the cooling restrictions imposed by devices like the MacBook Air (which has no fans, by the way), is nothing short of astonishing.

Pair this with the fact that Apple is expected to release even more powerful M-series silicon, and the future of Mac gaming becomes interesting, to say the least. Â 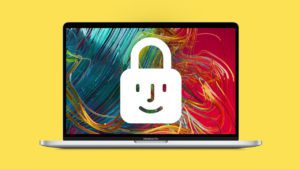 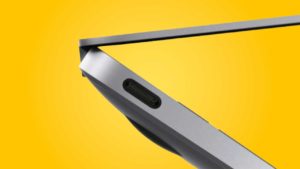