After a much-anticipated wait, Apple finally announced their long-awaited “AirTags”. If you’ve never used a tracker like this before, you’re probably wondering what they could be used for and how Apple’s offering compares to the competition and whether you should buy them.

Fortunately, in this article, we’ll break down what makes the AirTag special, what it’s used for, and ultimately how it stacks up to its peers.

Following the typical Apple product launch, the AirTags is a new product in an established market, but with the draw and brand power that comes with its name.

Practically synonymous with Bluetooth trackers are those made by Tile, which you’ve almost certainly heard of, at least in passing, over the last few years. However, since Tile’s inception in 2014, other companies have stepped in, such as heavy hitters like Samsung and less well-known brands like Chipolo.

Technology Behind The Trackers

While the technology behind trackers is undoubtedly the product of much thought and design, the basic idea behind them is pretty straightforward. It’s pretty easy to lose things like your keys or a wallet, so wouldn’t it be helpful if you could stick something on the stuff you don’t want to lose that keeps track of where it is?

These devices are typically connected to your phone via Bluetooth, so you can get an idea of where the item you’re tracking is and even get notifications if you’re about to leave it behind by accident.

Because these devices typically use Bluetooth and not GPS, that means the range of these tracking devices is often limited to about 30 feet in ideal conditions. Within this range, the tracker you’ve placed can play a sound that will help you identify where your item is if you can’t see it.

This makes it ideal for items that won’t be too far away from your phone, such as your keys, but isn’t as good in situations where you and your phone will be more than 30 feet from the tracked item. On the flip side, if you have the tracker and are looking for your phone, most trackers on the market allow you to press the tracker and have your phone make a signal that helps you find where it is.

That doesn’t mean that the trackers are entirely dead in the water in the event you’re out of Bluetooth range. Most apps developed by companies that produce trackers typically have a map that indicates where the item was last seen.

Still, the problem with this is that these maps usually rely on your phone’s GPS, which isn’t the most accurate today. Additionally, these apps can only identify the tracker’s location at the moment of the last communication between your phone and the tracker itself via Bluetooth.

This means that if you left your item at home or at your desk in the office, you should be alright, but if your item was left on a moving vessel, such as a train or bus, that information is much less helpful.

Some trackers, like Tile, have valuable features that add to their tracking capabilities, even considering the limitations of Bluetooth. If you’ve lost your item and it happens to come within range of another user’s Tile, you’ll be notified of where this item is.

Of course, you have to be lucky enough that another person with the same tracker brand comes into contact with yours, but it’s better than nothing.

Additionally, with the massive reach that Apple has today in the modern world, with nearly half of all Americans owning an iPhone, this scenario becomes much more likely.

Any iPhone in circulation will be able to help you find your AirTag. To make use of this feature, simply put your AirTag in Lost Mode, and you’ll receive a notification if the Find My network spots your AirTag. Additionally, any person with an NFC-enabled phone, regardless of whether or not the phone runs iOS, will be able to tap it and bring up your contact number, as long as you’ve added that.

Another feature that’s relatively new to the space and a welcome addition to Apple’s AirTags is the ultra bandwidth chip, known as the U1, installed in the AirTags, that works side by side with Bluetooth.

While U1 does have a shorter range than Bluetooth, it is also considerably more accurate, helping you pinpoint its location better. With U1, you’ll be able to search for your missing AirTag guided by precise AR straight from your phone.

U1 is by no means an Apple exclusive: Samsung’s most recent SmartTag can also use U1, and Tile is currently working on adding U1 to their future tracker lineups. The main downside of this technology is that it requires a phone with ultra-wideband capabilities, such as the iPhone 12, to work, so if you’re running something a little more dated, you won’t be able to take advantage of this feature.

Interestingly, Apple has recently opened up its FindMy network, which means that other trackers, such as those used by Chipolo, can take advantage of the massive Apple network. Conversely, in typical Apple fashion, they remain true to their roots when it comes to maintaining privacy.

All location-related information is kept strictly on the AirTag itself; all information accessed is anonymized and encrypted, and therefore not even Apple knows at any time where your AirTags are. Additionally, if someone were to try and slip an AirTag on your person, you’ll receive a notification on your phone when you reach your home (which should be listed on your iPhone’s contact card), and if you don’t have an iPhone, you’re still protected.

If an AirTag is separated from its owner for long periods of time, it starts to make a sound, which will alert a person to the presence of an AirTag that isn’t theirs. While other companies have some privacy measures, the unwanted tracking protection is unique to Apple and its AirTags.

What About AirTags For Pets?

As Apple’s VP has mentioned, AirTags are designed to track items, not people or pets. We completely agree with her and the reason behind this is due to the functionality of AirTags.

As we mentioned before, AirTags are Bluetooth devices that rely on other iPhones nearby. There can be multiple different scenarios of your dog going missing:

The first scenario is if someone steals your dog. The first thing a thief would do is take off their collar or check for tracking devices. Hence, it would be useless in that situation.

Another scenario is your dog getting lost in an urban area. You will definitely have a bigger chance of locating your beloved pet, but as we know many lost dogs get scared and tend to stay away from humans. They also don’t sit in one spot. The AirTag would be useless in this case as it does not work well on moving objects, we have tested this on our cat. By the time someone’s phone pings the location back to you, your dog would be gone.

The last scenario is in the rural area. If you live in a rural area or go on hikes with your dog, unless there are iPhones within 30 Feet, the AirTag would not work.

Yes, AirTags give you a fighting chance compared to not having anything, but if you love your pet and are wanting to track them if they run away, the most reliable way is a microship with a GPS collar. They may be more expensive but are definitely worth it.

So there you go, true to Apple’s ethos, the AirTags provide a comparable product to its competitors with the added benefit of ensured privacy and the massive Apple network. As marketed by Apple, they do an awesome job at tracking your lost items and stand out from their competitors. 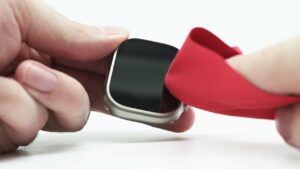 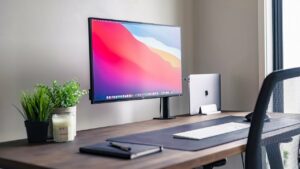